At the heart of Grenoble’s historic district, the museum offers a journey below Notre Dame square, to the vestiges of the city’s fortified ramparts, Grenoble’s first baptistery, and into the old bishop’s palace.Grenoble’s historic district
The bishopric-cathedral complex is a major part of the city’s history and was Grenoble’s original core. When the town was promoted to the official rank of a city in the 3rd century, Grenoble (called Cularo at the time), built a rampart and became the Episcopal seat shortly after. Built in bend in the rampart, the “city of the bishop” revolves around a double cathedral (Notre Dame and Saint Hugues), a baptistery (to the right of the cathedral), and a residency, the bishop’s palace.

The architecture of this ensemble would be modified many times over the course of history. The 13th century builders expanded the palace to the north and rebuilt the Saint Hugues and Notre Dame cathedrals. Marked by the Cardinal Le Camus’ strong personality and audacity, the 17th century gave the bishopric its opening onto the rue Très Cloîtres, a garden, and a courtyard with a monumental entrance way. At the end of the 19th century and during the early 20th century, Notre Dame square was finally entirely reconstructed and the cathedral fitted with a façade of molded cement (the work of Alfred Berruyer). The façade of the Episcopal palace was enlarged to mask that of the Saint Hugues cathedral. With the 1905 law that separated the Church and the State, the bishopric buildings were turned over to civil uses. The Isere Departmental Council acquired the building in 1988, just a short time before a fire would heavily damage a part of the western façade.

A museum for a site
To the visitor who crosses the threshold of the Ancient Bishopric Museum, a visit leading beneath Notre Dame square then into the halls of the ancient bishop’s palace is proposed. While very different, these two parts complement each other and are linked by the reception and gift shop. The order of the visit is coherent, making for fluid transitions between the different parts of the museum.

The visit is designed to offer a harmonious understanding of the ensemble of the site’s vestiges. The visit begins beneath the palace, with the discovery of the Gallo-Roman vestiges that were uncovered by architects. After walking along the city’s ancient ramparts, the visitor crosses the postern, the entrance to the city as of the 3rd century. The visit continues in the Paleo-christian rooms before leading to the baptistery, the highlight of the visit. The site reminds us of the bishop’s role and power, as well as the rituals of Christian baptism.

The visit then continues through the floors of the old Episcopal palace, where the evidence of the building’s complex evolution has been carefully preserved and presented through restoration campaigns.

An audio guide, available in French and English, is accompanies visitors as they move through the site.


A museum for a land and its history

Located on the three floors of the old Episcopal palace, a permanent exhibit offers a journey into the history of mankind and the history of a land, the Isere, from early evidence of human present all the way to the 20th century. The museum acts as a sort of historical epic, the first of its kind in the Isere department, which gives us reference points and mentions the region’s main historical monuments. No other cultural institution had given itself such a mission, to offer such a synthetic view of the department’s history and development.

Other museums are dedicated to specific periods in history, such as the Museum of the French Revolution in Vizille, or to certain themes, like the Isere Resistance and Deportation Museum, or still others to precise areas, like the Matheysin Museum. As for the Dauphinois Museum, it continues to grow through renewed exhibits on various aspects of society.

The visit of the Ancient Bishopric Museum is chronological and takes the visitor through six successive periods: Prehistory, the Gallo-Romain period, the Middle Ages, Modern Times, the 19th century, and the 20th century.Period of opening : All year round
Opening hours on Monday, Tuesday, Thursday and Friday between 9 am and 6 pm. On Wednesday between 1 pm and 6 pm. On Saturday and Sunday between 11 am and 6 pm.
Closed exceptionally on January 1st, May 1st and December 25th.Prices : Free of charge.
Group rate available for > 10 people.
Access : Tram B/Notre Dame Musée-Bus n°32/Notre Dame Musée
A 48 exit Grenoble Bastille 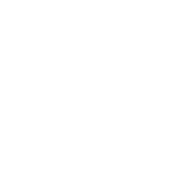